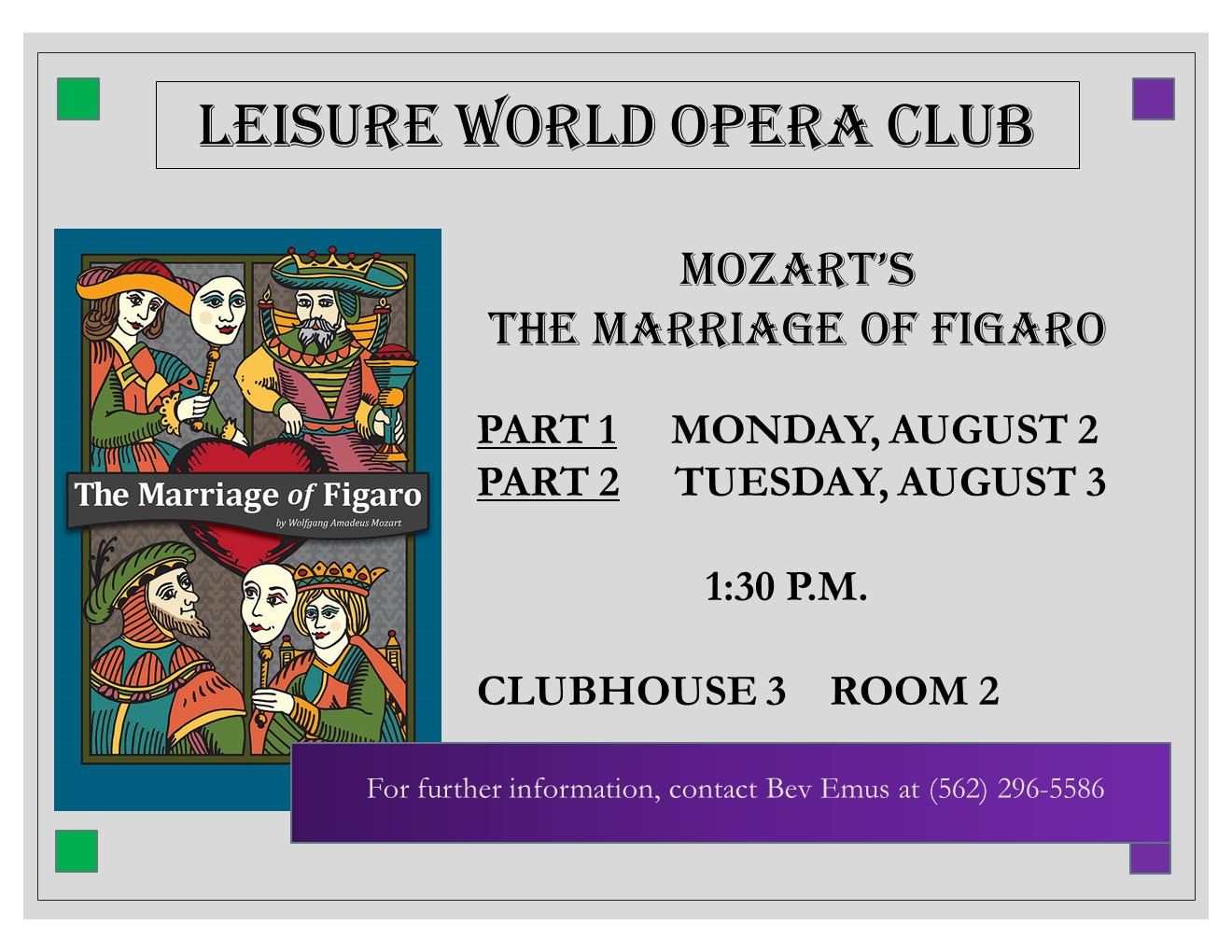 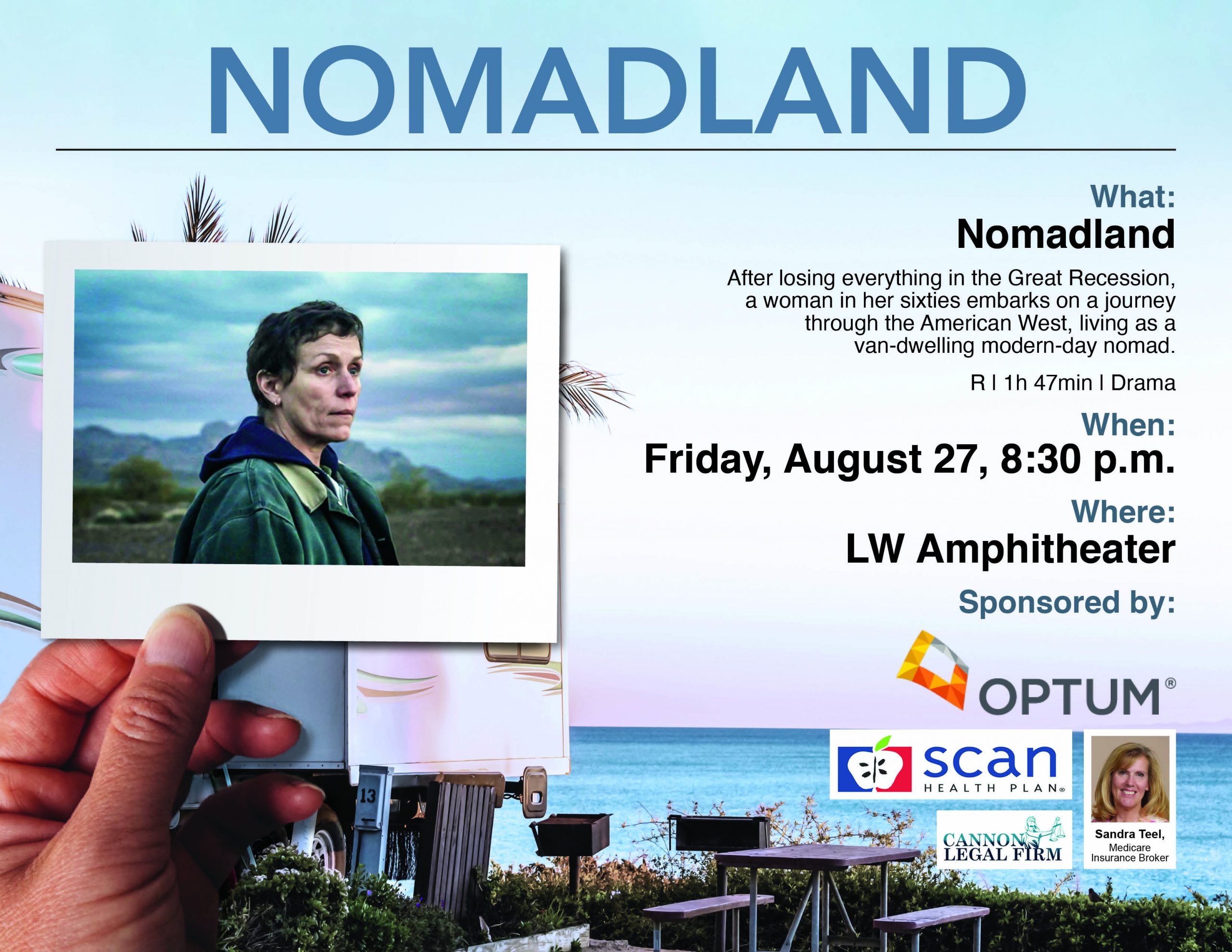 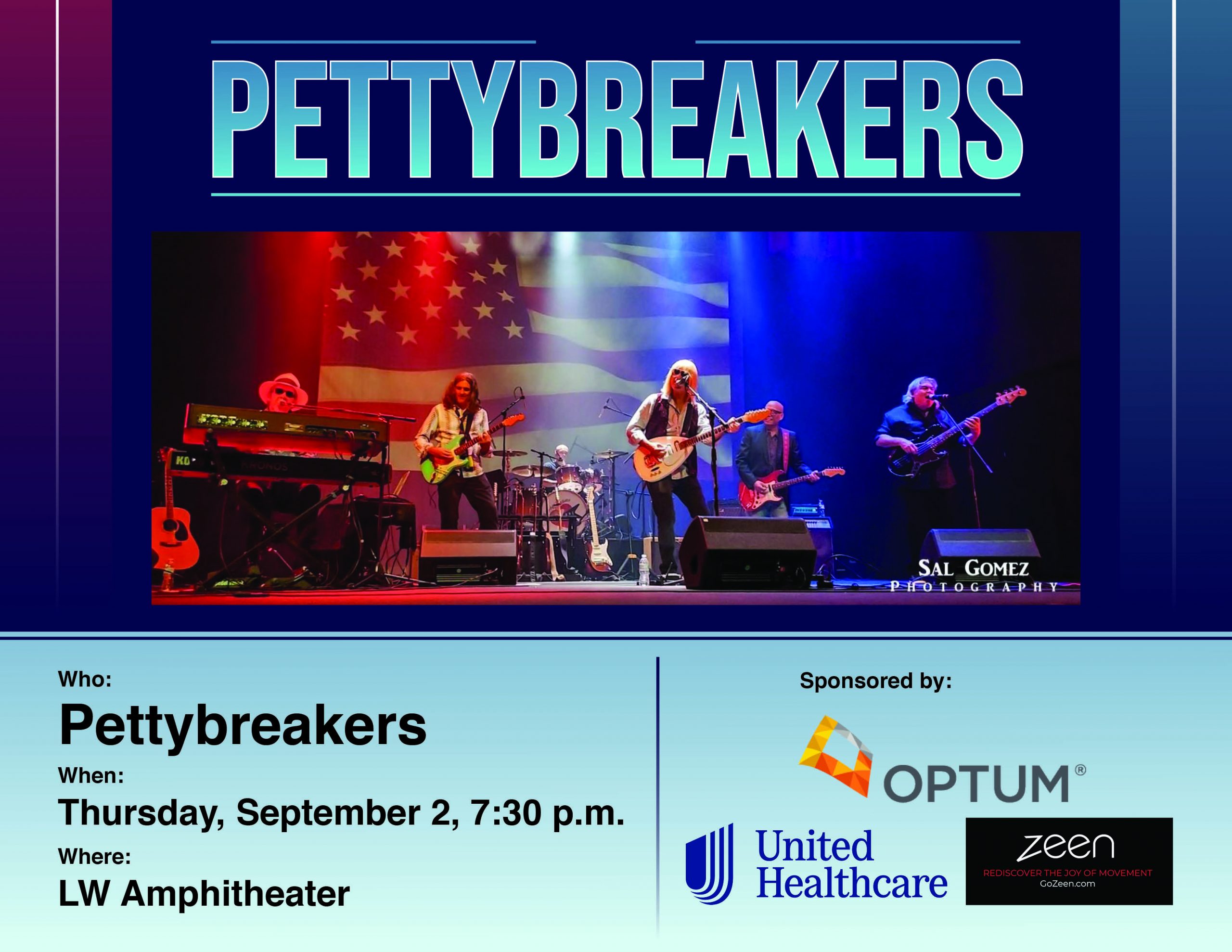 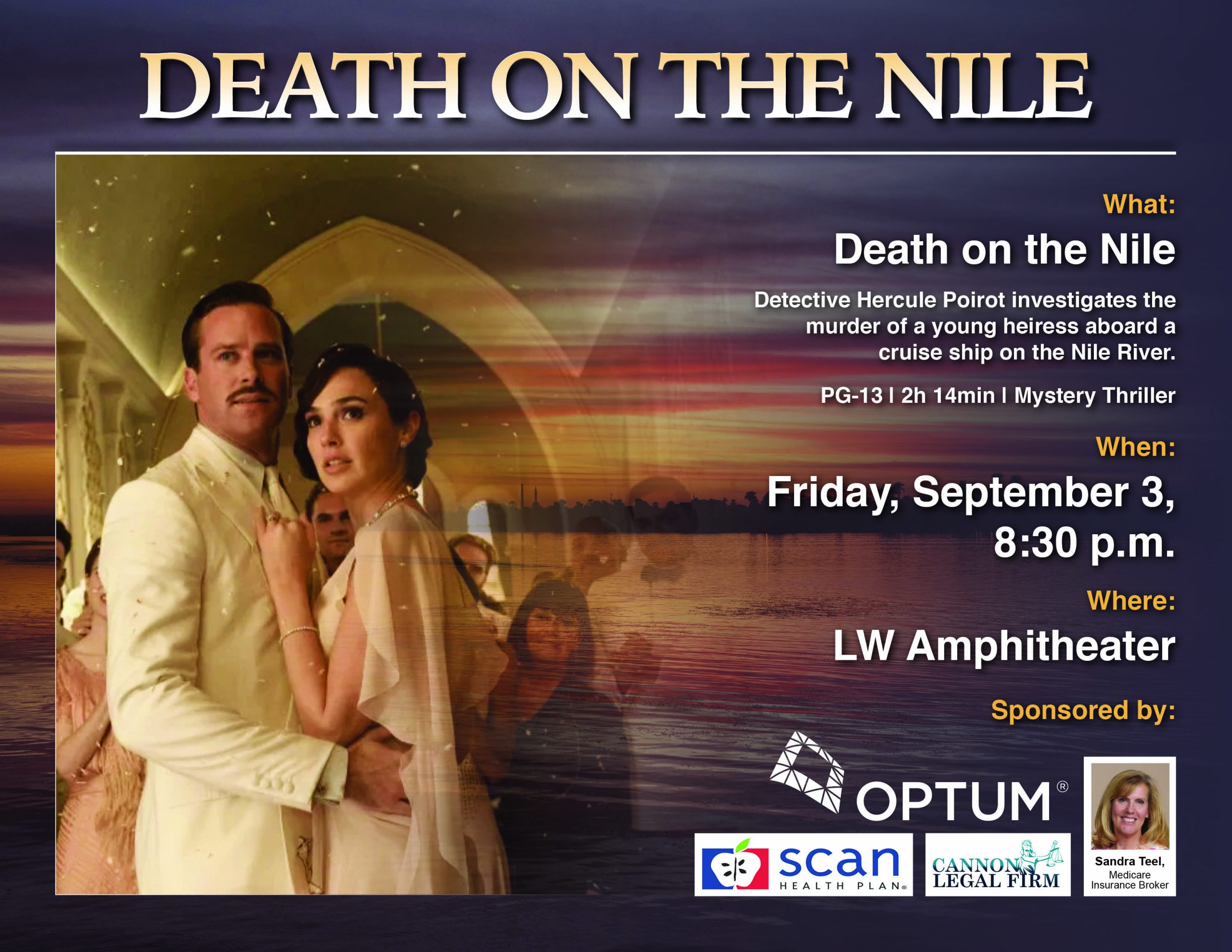 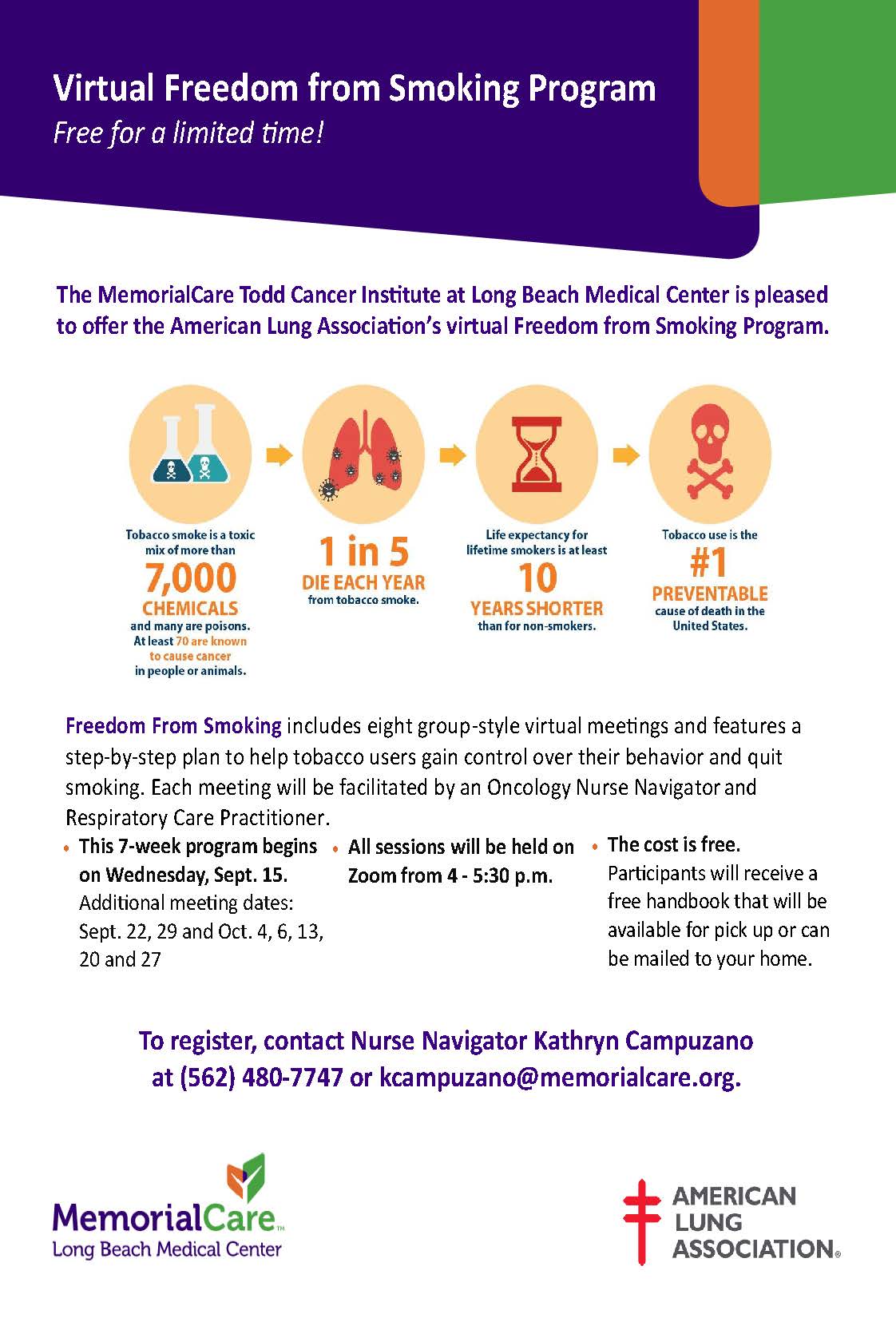 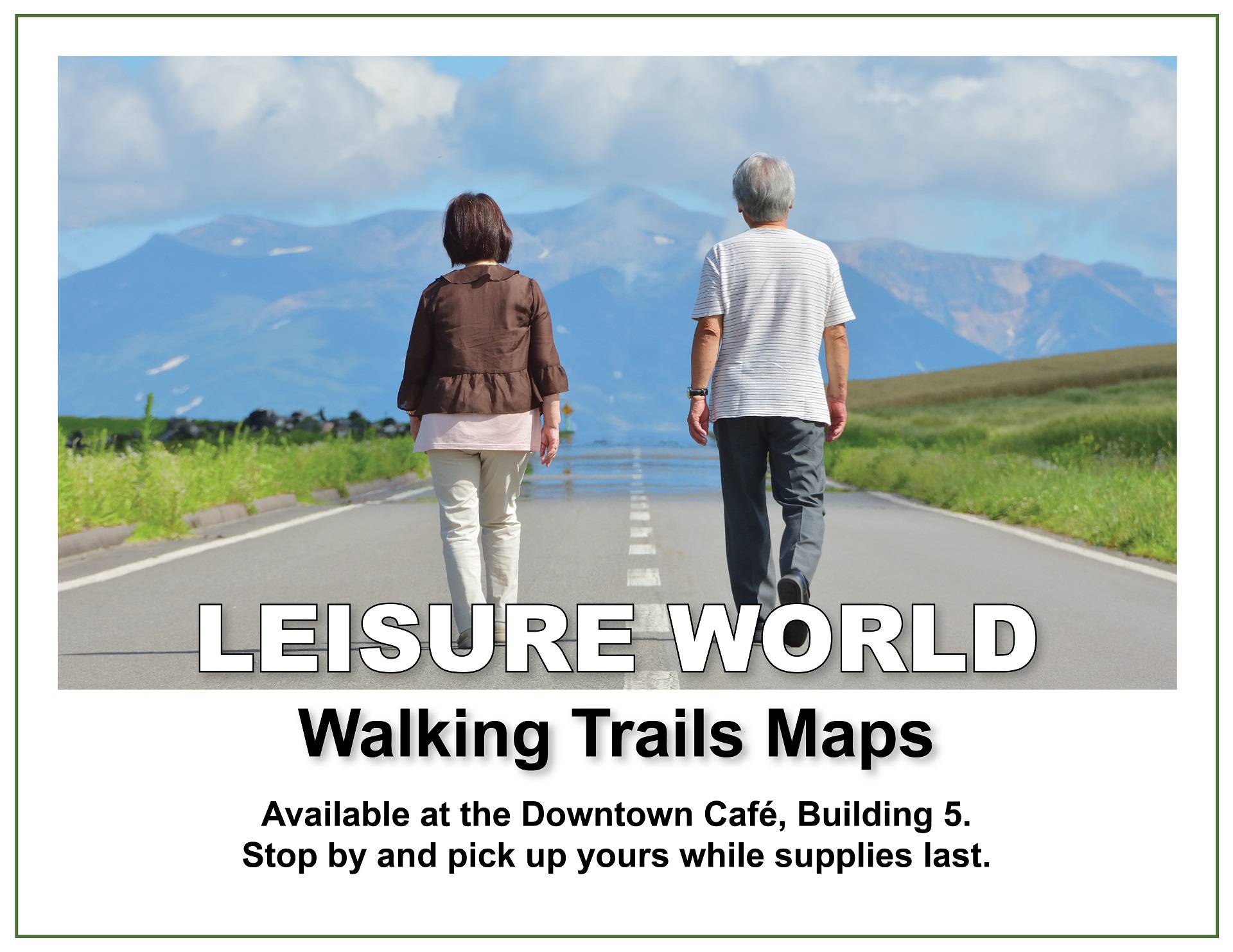 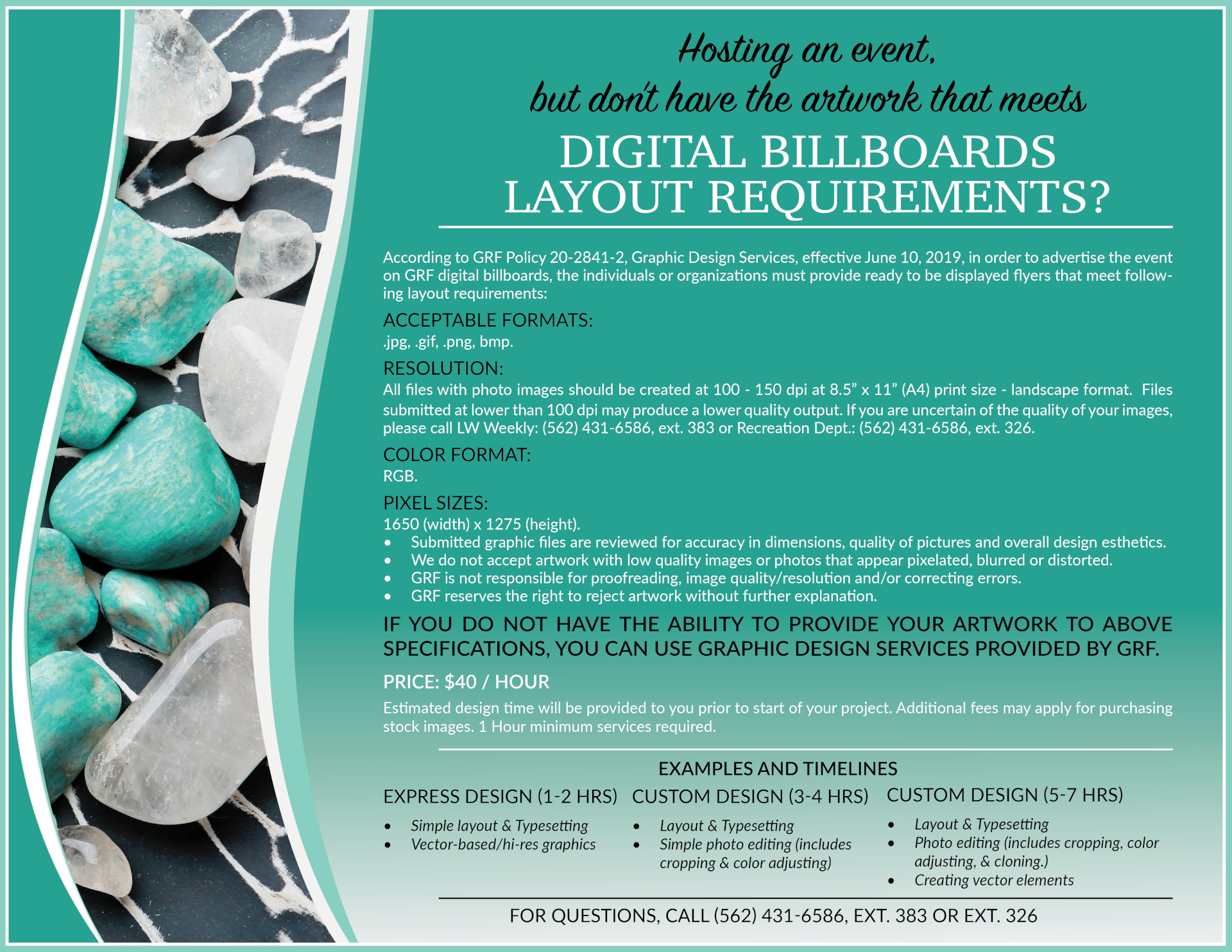 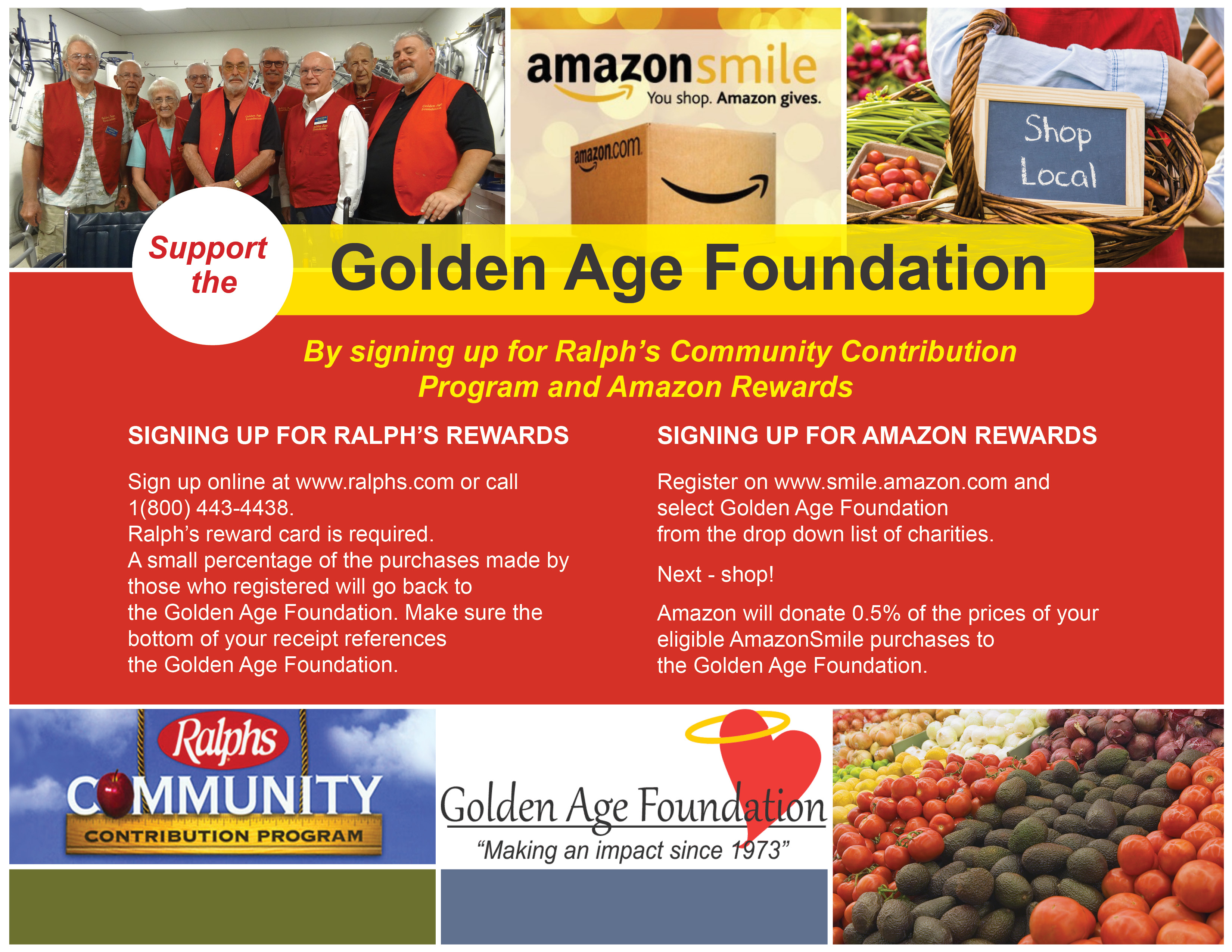 As a community, we must be committed that acts of hate, racism, and intolerance against Asian American and Pacific Islanders (AAPI) will not be tolerated.   Through community unity, we must join together and ensure that the unspeakable act by a single individual, yet unknown, will never happen again.  Uniting together, as a community of fellow Shareholders, neighbors, and friends, we can show the world we can live as one.

Your support is needed to help identify and lead to a conviction in this matter.  We have established an anonymous (optional) tip line (reporthate@lwsb.com).  The Golden Rain Foundation is developing a $5,000 reward for information leading to the arrest and conviction of the person responsible for this act of hate and racism against one of your fellow Shareholders.

There exists a wake of violence against the AAPI community across the nation. In a recent report, the group STOP AAPI Hate cites over 3,700 anti-Asian hate incidents and, sadly, we have become part of this statistic.

Falsehoods, racism, and threats against the AAPI community, as well as all other individuals of varied beliefs and descents, MUST STOP.

My very sincere thank you for all of the emails, calls, and notes of your concern on this important matter, and for the family that was threatened.  As you are aware,  GRF and the Seal Beach Police Department (SBPD) are investigating this incident and have given it the highest priority.

As this is considered an Anti-Asian hate crime, actions are not only being taken by GRF and the Seal Beach Police Department. The Orange County District Attorney’s Office and Federal Investigators from the United States Postal Inspector’s Office are also involved to ensure all leads are being investigated. Seal Beach Detective Jon Ainley is the lead detective; he can be contacted at (562) 799-4100 ext. 1113 or via email at jainley@sealbeachca.gov.

I’m also very pleased to announce that I have spoken to Congresswoman Steel. She and Congresswoman Porter are supporting a bipartisan resolution to condemn hate crimes committed against Asian-American and Pacific Islanders. Both are extremely concerned about this incident. The excerpt below demonstrates the support of our representatives regarding this matter, from a February 23, 2021 press release:

Discrimination is against the fundamental values of the American culture,” said Representative Steel.

“Every Orange County family should be able to live free from discrimination and hate,“said Representative Porter.

Lastly, I can assure you that I, nor GRF,tolerate hate of any kind.  All due actions are well underway.   I simply ask each of you – stand up for all your neighbors and stand up against hate.

The lyrics to “Imagine” are truly fitting.

You may say I’m a dreamer
But I’m not the only one
I hope someday you’ll join us
And the world will live as one.
– John Lennon

On March 22, a member of our community and your fellow shareholder received an anonymous letter of hate and discrimination. This crime is under full investigation.

Our community is committed to realizing our community’s vision of unity and the founding premise of neighbor helping neighbor. Our core purpose is to provide a welcoming, safe, and inclusive community where every resident experiences a true sense of belonging. Accordingly, the Golden Rain Foundation states emphatically that acts of hate speech/bias crime will not be tolerated.

This malicious and egregious act of hate speech threatens our core values of racial equity and social justice.

This hateful bias crime, by an anonymous individual believed to be a resident of Leisure World, is under full investigation. Additionally, we are reaching out to our community members to restate that we condemn in the strongest possible terms such action and that all actions will be taken to locate and prosecute the individual.

As incidents of hate/bias escalate across the country, we will continue to work in tandem with our community leadership in addressing anonymous incidents. Our goal is to support all of our community members and to strengthen our proactive engagement in addressing the roots of intolerance and discrimination. 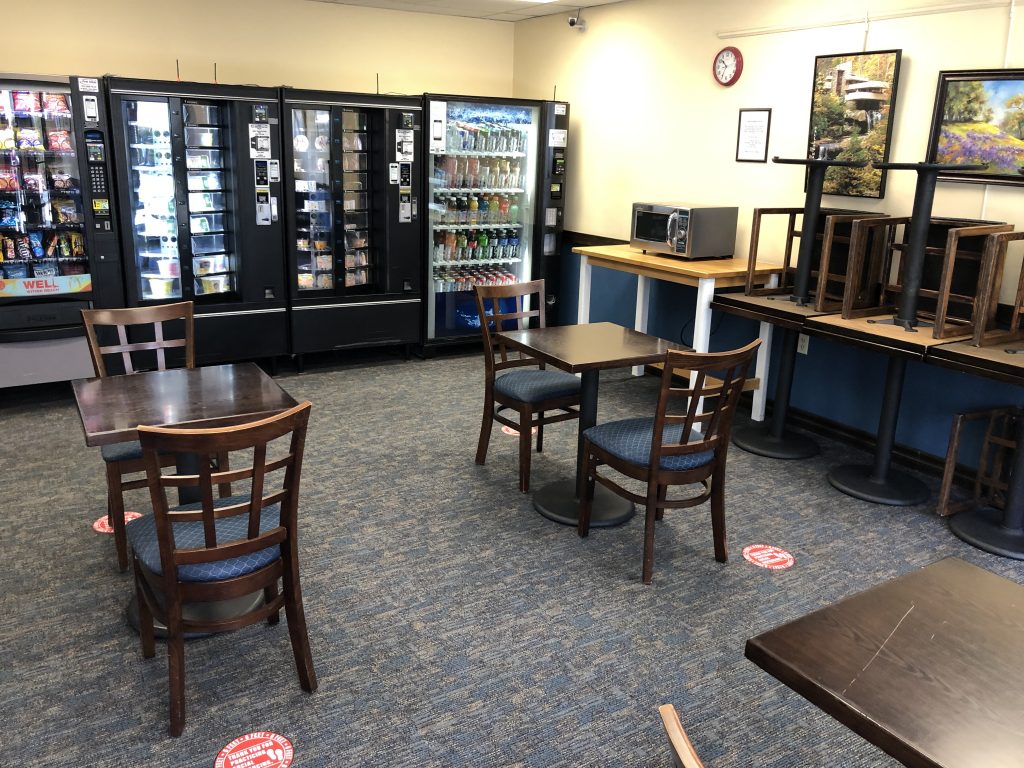 Please contact your healthcare provider for other locations where you may be inoculated. 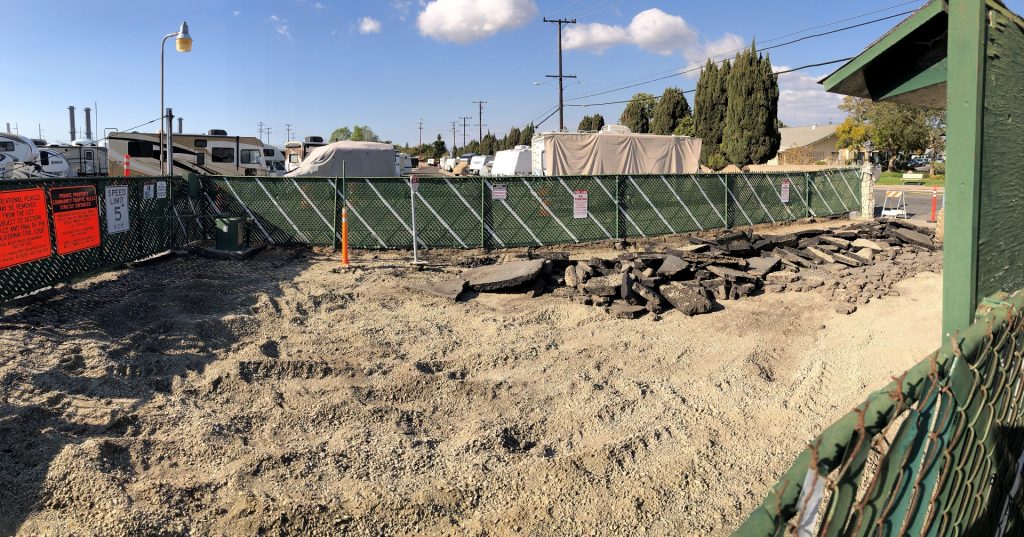 The RV main entrance is currently under construction with the anticipated completion in six weeks and will be closed.  The clubhouse 2 entrance is still available for RV members and appointments for space leases may still be made by calling the RV lot office at 562-431-6586 x373.  Patience is appreciated as the RV lot is running on reduced hours at this time due to Covid-19 staffing restrictions. 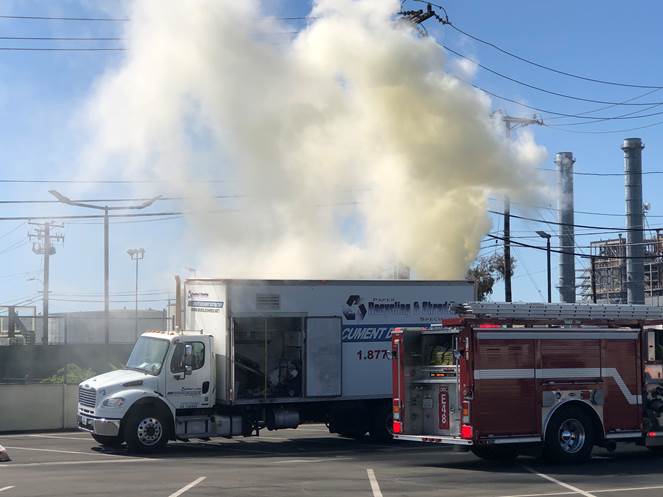 The shredding event a Clubhouse 2 parking lost has been cancelled due to a truck fire. Please stay away from the area as OCFA is on the scene.

For future reference, shredding is for documents only, not recycling of potentially flammable items.

We will announce a second document shredding date in the near future.

Thank you for cooperation. 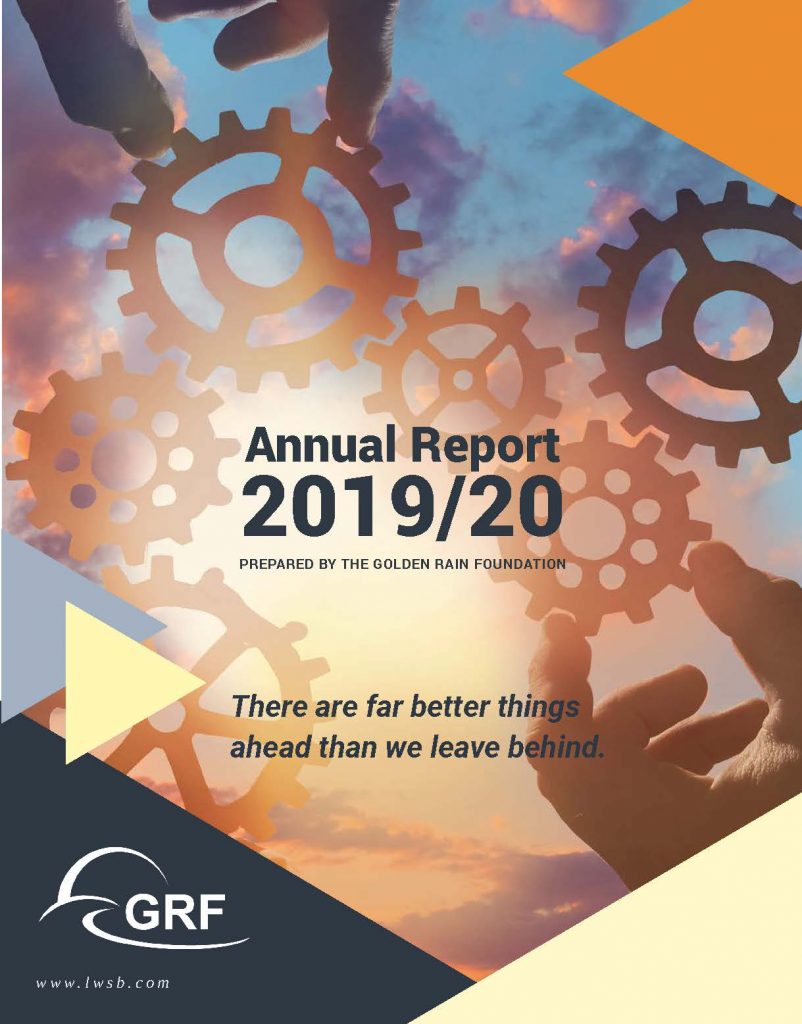 The Amateur Radio Service Club provides an opportunity for a Family Radio Service (FRS) practice drill every Wednesday morning. Anyone who has an FRS radio is invited to participate. Please use the following guideline.

If you are not sure how to call in and would like additional instruction on use of the FRS radio you may contact Leisure World Amateur Radio Service Radio Club President Rich Erickson, rjerxn@yahoo.com or call 562 431-6586 Ext. 409 to leave a message.

~An announcement from the Emergency Information Council~

Senior Transportation Service – Service Change
Effective June 1st, the City of Seal Beach Senior Transportation Services will be provided by California Yellow Cab. This service change was a result of the unexpected closure of the Keolis’ Orange County facility, which was contracted to operate the City’s senior shuttle and dial-a-ride program. The Keolis Orange County facility is scheduled to close on May 31st.
As a result, the Thursday Shopper Shuttle Service (downtown Seal Beach) and the daily Senior Nutrition Shuttle/Rossmoor/North Seal Beach Community Center will be suspended until further notice; however, the Dial-a-Ride services will be expanded as follows with California Yellow Cab:

The California State Legislature approved language in wage and hour laws that all employees must be paid overtime if an individual works more than eight hours a day. We can all agree that is fair.

What was true before, however, is not true now as the courts have clarified the law in recent rulings. The following three examples now are legally working overtime.

It is the law going forward and retroactively to the years before the courts’ ruling. Golden Rain Foundation, along with many other companies, were liable although we acted in good faith with the interpretation of the law at the time.

Last week’s announcement that the Golden Rain Foundation settled a lawsuit regarding complicated employee meal and rest-break wage regulations for $550,000 generated several inquiries from our community that, as promised, we are answering today.

As a reminder, our settlement eliminates a potentially costly and uncertain legal fight and removes financial uncertainty for future budgeting. GRF admitted no wrong-doing in conjunction with the settlement that will be paid from our capital budget and will have NO impact on shareholder and member fees or existing projects.

The Golden Rain Foundation has settled a lawsuit that aligns with complicated employee meal and rest-break wage regulations. This settlement eliminates a potentially costly and uncertain legal fight and removes financial uncertainty for future budgeting.